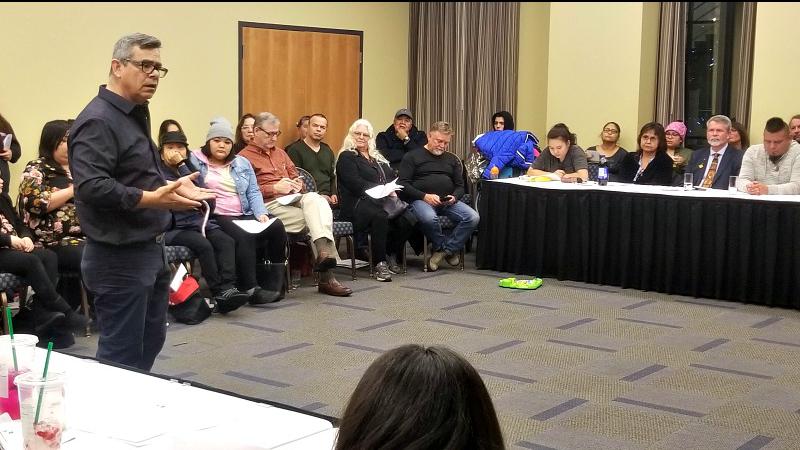 “Our rights go with us, whether we’re on-reserve, off-reserve, non-status, status or Metis.”

Scott Clark, president of the North West Indigenous Council, highlighted that message to a packed room in Nanaimo on Thursday, Jan. 30.

“The challenge we have is once we’re no longer on the reservation, neither the federal or provincial governments recognize their fiduciary responsibility to that large group of folks. We’re the ones in the child welfare system, caught up in the gangs, the homeless populations…those needs have not been addressed by either the federal or provincial government.”

He spoke about uniting the many resources and systems available and making the system work for those in need.

“We say it takes a village to raise a child. Why aren’t we building those villages so we’re supporting Indigenous folks and others from womb to tomb? We need to start making systems change that are actually going to work with children, youth and families so they have opportunities to succeed.”

The workshop sparked many discussions about shared experiences living away from home and the history of the term “off-reserve,” which is tied to the residential system which caused so much generational harm in Indigenous populations.

Clark said it will be challenging work going forward to have everyone’s voice be heard, but said the Council has made strides in tough communities such as Vancouver’s downtown east side and he believed the good work could be done everywhere.